Is it me or has the word “Feminism” and “Feminist” become a dirty word these days?

If you say that you’re a supporter of feminism or that you’re a “feminist” in some circles, you can see people start to change their facial expressions for the worst or just start making assumptions in their head.

These days, stating that you’re a feminist might as well just mean that you hate men and everything they stand for.

But let’s deconstruct the word itself: What is Feminism?

According to Wikipedia, Feminism is a range of social movements, political movements, and ideologies that aim to define, establish, and achieve the political, economic, personal, and social equality of the sexes.

All that definition is say is simply this: Society should be fair and balanced when it comes to equality between genders.

So how did Feminism all of a sudden become a movement which hates men? Or why is modern society so aggressive to people (especially women) when they state that they’re a feminist or support feminism?

Can You Be A Feminist In Public?

In an unscientific poll on Twitter, I asked if Ghanaian women would publicly state that they were a feminist if they would asked.

The result: Out of 76 women who voted, 63.2% said they would say “Yes”, that they were a feminist. That seems good but why isn’t this number higher?

Of course, this is not scientific but even with casual observation, many women would not say publicly they were feminists.

So why isn’t this number higher? Because the negative stereotype of being a feminist in Ghana is very strong. Being a feminist makes you stand out as “rogue” in society. It means that you don’t think you should cook for your husband just because and all the standard stereotypes that affect women in Ghanaian society.

A radio personality like Nana Ama Agyemang Asante Of Citi FM, who has publicly stated that she is a feminist, usually comes under heavy criticism for speaking against injustices against women in Ghanaian society. We can only imagine what her mentions look like on Twitter when it comes to Feminist opinions.

Feminism has definitely seen a resurgence especially because of the #MeToo movement but now there is this feeling of “band wagon jumping” when it comes to feminism.

Can men be feminists? That depends on who you ask. Some say “Yes” and others say “No”.

There are also women who say they’re feminists but it seems that’s more for social media credentials. Women who have said they’re feminists but like to cook for their boyfriends/husbands/spouses (by choice) are sometimes criticized. There have been raging debates from who should cook and how women should not make more money than men in a household.

So who exactly is a feminist? And where do we draw the line who can be a feminist and who can’t?

Where Do We Go From You?

Maybe it’s more of an education thing. Maybe if people knew what “feminism” really was and studied its history, there wouldn’t be so much pushback from Ghanaian society.

But then again, Ghanaian society itself is very heavy on patriarchy and so a movement trying to ensure gender parity would be seen as an external threat that needed to be stopped.

Feminism is not a dirty word. But recent trends, social media, miscommunications and assumptions have definitely muddied its tracks.

There’s nothing wrong with being a feminist or supporting feminism in Ghana. But there needs to be a re-education on what the movement means and how it shouldn’t be seen as a threat but rather an enhancement for society. 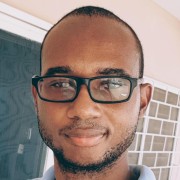 Has Valentine’s Day Become More About “Capitalism” Than About Love?